(told by Jannet) This was us at the poppy fields recently. Our story started 12 years ago. Soon after marriage we wanted to start a family and I was able to conceive quickly, but within just a few weeks I found myself in serious pain that would not go away no matter what I did or what I took, so I went to our Pediatrician and was prescribed some pain pills, which I was really worried would hurt our baby, so I took just half what was prescribed to me, which helped a bit for a while, until a couple weeks after that I had my first miscarriage. I did not expect that at all, because I thought as long as I do everything I am told, the pain should go away and I should be able to deliver a healthy baby, but that did not happen, so we were obviously devastated.

Another couple years later after we were emotionally ready for another try, I was able to conceive after just a few months, but soon after I noticed I had serious pain from what I soon realized was PCOS. And on top of the pain was the worst headaches I could imagine, plus I couldn’t sleep much, couldn’t eat much, couldn’t drink much and I couldn’t even stand much, either.

Every day I was in hell, unable to do anything about it, except swallow more pills and hope the pain goes away without harming our second baby whom we had already named.

And then the worst happened again – our second miscarriage. I wanted to give up on creating our own family and then I found myself giving up on us. I felt depressed, ashamed and embarrassed. I told Darren that he can expect a son and that he will grow up to be just as loving and caring as he is. But Darren did not give up on me or our family, because “as long as I have all my parts still, there’s no reason why we can’t start our family”, he said.

So after another year or so we started again, but this time we tried IVF, just to be on the safe side we thought. After paying out of pocket for most of the procedures, we finally completed our IVF treatment, and I conceived. We were so excited and didn’t care that I might deliver twins or triplets, which is a common side-effect from a ‘successful’ IVF treatment. We were just so happy to get a third chance at a family.

And to ensure a healthy pregnancy I bought every fertility supplement I could find online, in stores and even from overseas, so I was swallowing between 5-10 pills, tablets and capsules every day. Also, I made sure to eat at least mostly organic fruits and vegetables every day, too. I stayed away from grains, dairy and stopped drinking coffee, sports drinks and even stopped eating out.

I read books, blogs, articles, spoke to pregnancy experts and paid to just talk to fertility experts and listened to all their suggestions, too. I did not care even if I drained our life-savings, because we were going to start this family and nothing was going to prevent that.

But something did prevent that, because soon after I was finally feeling confident that this time was going to be the time, late one night, 9 weeks into our third pregnancy, I had a miscarriage.

This was the third time! I was done! That’s it, I said. We are not trying anymore. We wasted years trying, almost completely drained our bank accounts and alienated our friends and family who urged us to just give up years ago. Why is this happening to me, I thought. I’m barely 30 years old, which should be my fertility peak, but it seems it was the peak of my infertility instead.

But Darren wasn’t done, because he started working on something that would balance all my hormones once and for all – the first Hormone Balancer and Testosterone Booster made from real, pure, hormone balancing super foods and nothing else! You see, Darren is a Food Scientist, an Immunologist and the best-selling author of 80 Hormonal Health Myths Busted.

He was more famous in small circles back in the late 90s and early 2000s for creating some popular meal replacements of that time, but he had retired from all that and started doing some consulting, which was great, because he could stay home and be with me. We actually became closer and decided to be happy together, even without our own family.

Then 2 years later, Darren came to me suddenly and asked me to follow him to his humble laboratory. I assumed he was going to give me an early Anniversary present, but his present was far more valuable than anything you could buy. He had two cans on his table, one said “Hormone Balancer” and the other “Testosterone Booster”. He had printed a simple label for each that showed me every ingredient and they were all hormone balancing super foods and nothing else.

I asked him what these were for and he said, “isn’t is obvious?”. I did not want to be a negative Nellie, so I agreed to mix 1 heaping table spoon in water for 1 meal per day, every day. He said this is not a supplement, but a meal replacement, which means I can replace any meal of the day, even 2 meals per day if I wanted. Also, there’s a lot more absorbable nutrition in each can, so I no longer need to buy vitamins or supplements, either.

We weren’t trying to conceive at all, yet I found myself looking at a blue YES on a pregnancy stick 8 weeks later! I thought the stick was broken so I did it 2 more times and both times showed YES, so I knew it was real. I ran downstairs to show Darren and he said a couple words I will never forget. He said, “I know.” I was shocked!

How did you know I asked. He replied, “You don’t have any issue conceiving, it’s delivering our child to full term that has been the issue all along. But I still do not want you to get your hopes up.”

I didn’t run to the store to buy any artificial prenatal vitamins or supplements, I didn’t ask anyone how I can have a healthy pregnancy, I didn’t read anymore pregnancy books or try to talk to anymore fertility experts and I definitely did not accept any drugs or pills from anyone.

In other words, and this part is hard to believe for most people raised on pills, but I took no pills and no injections at all, only mixed our Hormone Balancer every day for 1 meal per day and ate and drank as healthy as I could for the other meals and snacks.

These days for my other meals I mostly eat chicken or fish with raw vegetables and nothing heavy. And since we don’t use flour anymore, either, I have become kind of an expert baking cookies using only nuts that I mix in the blender and then add some organic eggs – you’d be surprised all the desserts you can make with a good, healthy batter.

During pregnancy I expected to feel terrible, but I actually felt great! I slept much better, I had more energy, had no cravings for any junk-food and best of all – I had no pain! Impossible I thought. How could this be? Is my baby still alive? I was worried, but I would feel him kicking often, so obviously he was still alive. I guess the trauma of 3 previous miscarriages was still there, no matter how much I tried to forget them.

Nevertheless, I persisted every single day, mixing my Hormone Balancer for 1 or 2 meals per day. Nothing stopped me. Even when I took a trip or went on vacation, I made sure to take a couple cans with me.

9 months later I delivered the healthiest baby boy I had ever seen and that’s what everyone else said, too. Our boy was born at home and it was just Darren and I delivering our own child, just like parents did for thousands of years before.

I kept telling myself that billions of babies were born at home, too, so there’s nothing to worry about and there wasn’t! Family and friends of course urged us to go to the Hospital or at least have an ambulance on standby, “..just in case” they would say. I realized that complications are so common that everyone now believes you should expect it, which is actually very sad, because pregnancies and births should be smooth and even fun. And that’s how it was for me.

But again, where you deliver your baby is your decision and you should only deliver where you feel the safest. I felt safe with Darren next to me at home, so that’s where we delivered our boy.

So, fast forward 7 years now and our boy has never been sick and get this, he still nurses! I know I know…that’s too long you’re probably thinking, but I am so grateful for such a healthy family that I do not want to stop any source of really good nutrition for our boy. He has already started to wean himself off the nipple though. I love watching him run, especially when he passes other boys older than him.

We used to call our Hormone Balancer the Fertility Booster, so that’s what this video is about, but of course improving your fertility is just one tremendous benefit you can expect when you balance your hormones naturally.

If you still have any questions, go ahead and email Dr Darren here and be sure to leave your phone number and the best time to call you and I will make sure he calls you back today (if before 10pm inside the USA) or tomorrow at the latest. 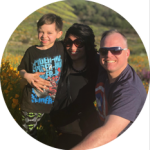 What Is Toxemia - the secret cause of miscarriage

What Is Toxemia - the secret cause of miscarriage

Can I Restore My Hormonal Imbalances Naturally?

Can I Restore My Hormonal Imbalances Naturally?

Balance All My Hormones Holistically